A Tribute to Lenore McComas Coberly

A Tribute to Lenore McComas Coberly 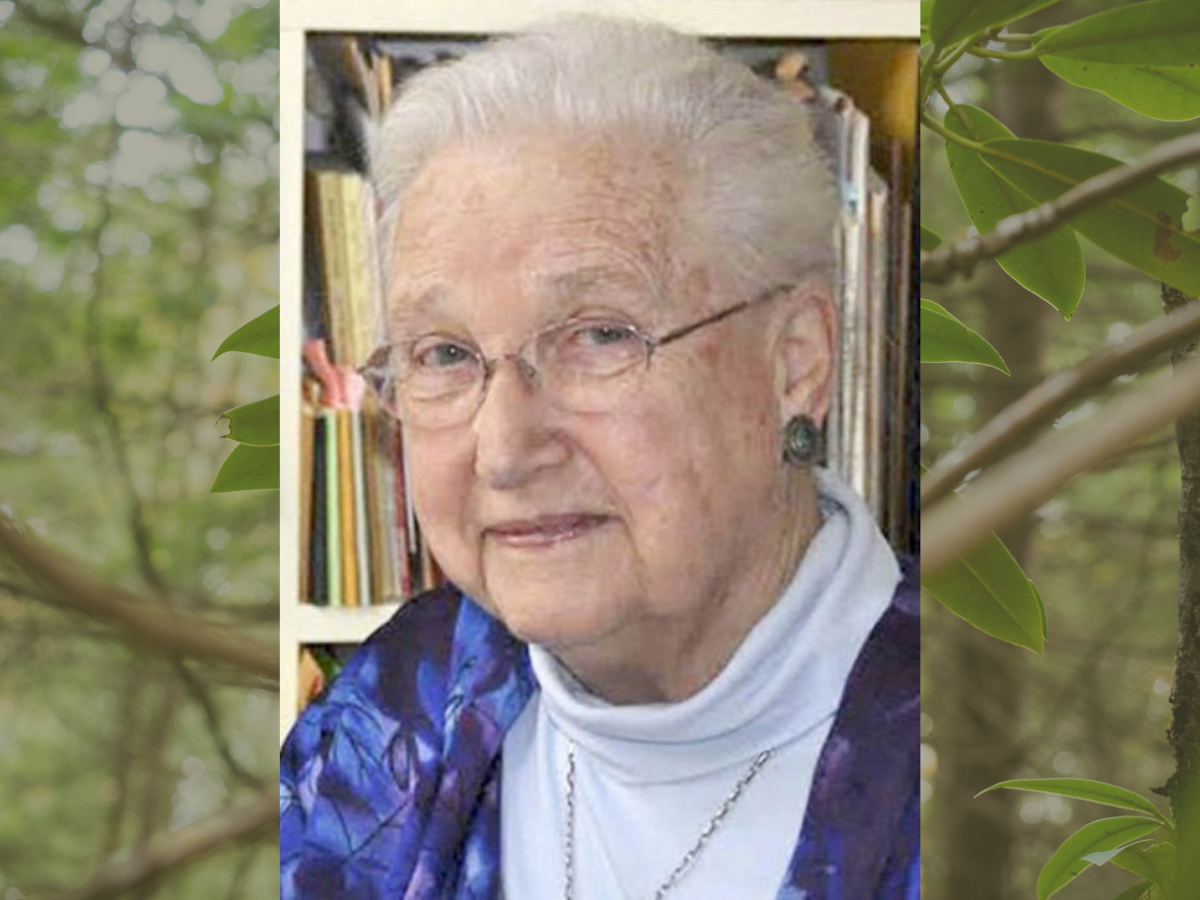 Thanksgiving is a time of giving thanks for many things, including special people who have touched our hearts before taking their leave of this world to walk “the Path of Souls,” the transition from death often referred to in William Kent Kreuger’s Cork O’Connor mystery series.

Lenore McComas Coberly was one of those people who graced my life and for whom I gave thanks this year.

Her experiences and travels were many and far ranging, her feelings from old roots born and nourished in the mountains of southern West Virginia.

Lincoln County native and longtime member of the West Virginia Highlands Conservancy, Lenore sent word through her publisher how distressed she was by an article I wrote for the December 2006 Voice.

That article described the huge mining operation slowing creeping from the Mud River watershed through the ridge into neighboring Big Ugly Creek–home to Lenore’s grandmother and beloved memories of years of summers spent “feeling the creek’s cool” and knowing “the narrow valley’s darkness.”

Growing up in the hills of southern West Virginia, Lenore led a full and expansive life beyond her early days in Lincoln County, but she never forgot home and was saddened to learn about the ravages of Mountaintop Removal mining in her beloved childhood home place.

Having traveled frequently to Big Ugly and neighboring Mud River to observe and document the ever-expanding destruction by mountaintop removal mining I too, in my own way, developed a special connection with the mountains and streams of the area and looked forward to knowing more about Lenore’s life and experiences.

I was first captivated by Lenore’s book Sarah’s Girls: A Chronicle of Big Ugly Creek and was privileged to visit with and hear her read at Taylor’s Bookstore in spring 2007. We corresponded occasionally and I wrote several articles about Lenore’s books for the Highlands Voice. (A Big Ugly Book, May 2007; For I am Mountainborn, December 2012; From the West Virginia Hills, March 2021.) Readers of the Voice were also exposed to Lenore’s poetry often reprinted in the Voice by then editor, John McFerrin.

Lenore died in September of this year, but her spirit will live on in those of us who had the honor and joy of sharing time and conversation with her. Offered here is the official obituary that expands on other details of her multidimensional life.

Lenore (McComas) Coberly passed away at the age of 97 in Madison where she had lived since 1964. She was surrounded by all four of her children during the week preceding her death. Beloved wife and mother, poet, teacher, author, world traveler, welcoming hostess, Lenore’s life will be joyously remembered by her children and their families, her many friends and colleagues and by readers of her poems and stories.

Lenore’s long and happy marriage to Camden Arthur Coberly began in West Virginia in 1946, but soon brought her to the prairies of Wisconsin. With the GI Bill, Cam was accepted at the University of Wisconsin-Madison for his PhD in Chemical Engineering. Lenore told of how much they missed the West Virginia mountains and how happy they were to discover the Baraboo Hills.

She never forgot Hamlin, the small West Virginia town where she was born, or the cabin on Big Ugly Creek where she often spent summers. Her love and respect for her home state, for her many relatives and their way of life, shine throughout her stories and writings.

Lenore was an alumna of Hamlin High School, West Virginia University at Morgantown, and the University of Pittsburgh, where she earned a Master of Letters. She and Cam were members of the first University of Wisconsin delegation to China in 1979 and earlier spent time in Indonesia as teachers and advisers. Lenore was a longtime member of the Wisconsin Fellowship of Poets. She hosted collaborative writing groups in her home until the end of her life. She was an active member and supporter of First Baptist Church in Madison and many other organizations.

Lenore’s family carry on her many gifts including writing, teaching, and (perhaps most importantly) the baking of world-class pies. This is the last stanza of her poem The Hills Remember (From the West Virginia Hills, 2020):

They loved children more than themselves,

They slept and woke to the

music of water over rocks

in the shadow of hills,

their thanks to God.