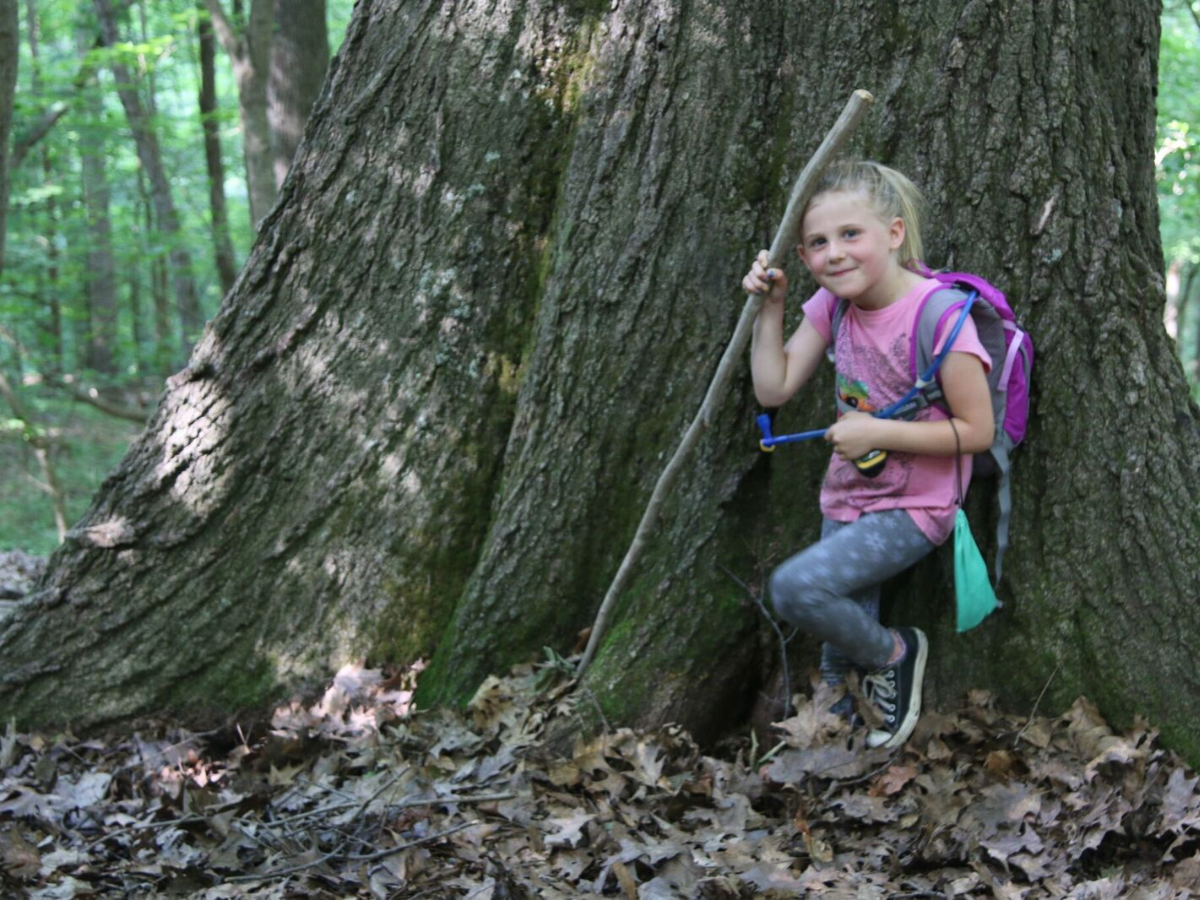 I recently participated in a tour of one of the latest projects undertaken by the West Virginia Land Trust – the Mammoth Preserve in Kanawha County. It is truly mammoth – 5,000 acres of woodlands and former surface mines that are being reclaimed for conservation and recreational purposes. The staff of the Land Trust gave us an in-depth look at the plans, that include separate areas for mountain biking, hiking and equestrian trails. Working with Appalachian Headwaters, they are planting hundreds of thousands of trees and removing non-native invasives, with a goal of restoring the land to a pre-mining state. The Mammoth Preserve brings the total acreage being managed by the Land Trust to over 20,000 acres in the state.

As the day progressed, the Land Trust people noticed my “I Love Mountains” bumper sticker and I mentioned that I was on the Board of the West Virginia Highlands Conservancy. Oh my! – did I know the history of the Land Trust and the Conservancy? In my ignorance, I said … uh, no? As it turns out, various coal companies had violated the Clean Water Act, so, the Conservancy, Sierra Club, and other environmental organizations agreed to settle out of court and direct a total of $12 million in settlement funds to the Land Trust. This allowed them to expand their staff and broaden their scope of work to acquire, restore and protect thousands of acres of land statewide throughout West Virginia. These funds were restricted to be used on projects to conserve land and protect water in eight watersheds which were impacted by the Clean Water Act violations.

In 2011, the first successful suits were brought against Massey Energy and FOLA Coal, alleging violations of the Clean Water Act and surface mining permits at the company’s surface mines. The settlements directed $400,000 from Massey and $200,000 from FOLA to be paid to the Land Trust to “support sustainable development and land use planning in the state.”

In 2012, two additional lawsuits were won. Alpha Natural Resources was required to clean up discharges at some 14 outlets at three large mining complexes along mountain ridges in Logan, Boone, Kanawha and Fayette Counties of West Virginia. The discharges impacted major tributaries that are part of the Coal, Kanawha and Gauley River watersheds. Over four million dollars was awarded to the Land Trust to execute a Supplemental Environmental Project, to restore riparian areas and preserve land within the watersheds impacted.

In another case, Patriot Coal was found in violation at 43 separate outfalls/discharge points at the Hobet 21 complex in Lincoln and Boone Counties, the Samples complex in Boone, Raleigh and Kanawha Counties, and at the Rum Creek operations in Logan County. The Land Trust was awarded $6.75 million, which allowed it to increase its resources and protect watersheds of the Kanawha, Gauley, New, and Guayandotte rivers.

None of this would have been possible without the sustained dedication of many groups and individuals, and in particular, Cindy Rank, longtime Conservancy board member and past president. She herself said it well in a past issue of the Highlands Voice:

The Land Trust now has projects and partnerships located all over the state, including 30 conservation easements on private land and 22 Land Trust-owned properties designated to be public nature preserves. There is something for everyone in these beautiful, protected places. Of the 22 preserves, eight are already open to the public including:

Plans are underway to open more public preserves in the near future, once safe adequate parking, access, signage and trails are developed.

Learn more about the Land Trust at www.wvlandtrust.org