There Were No Flowers: Ethical Nature Photography 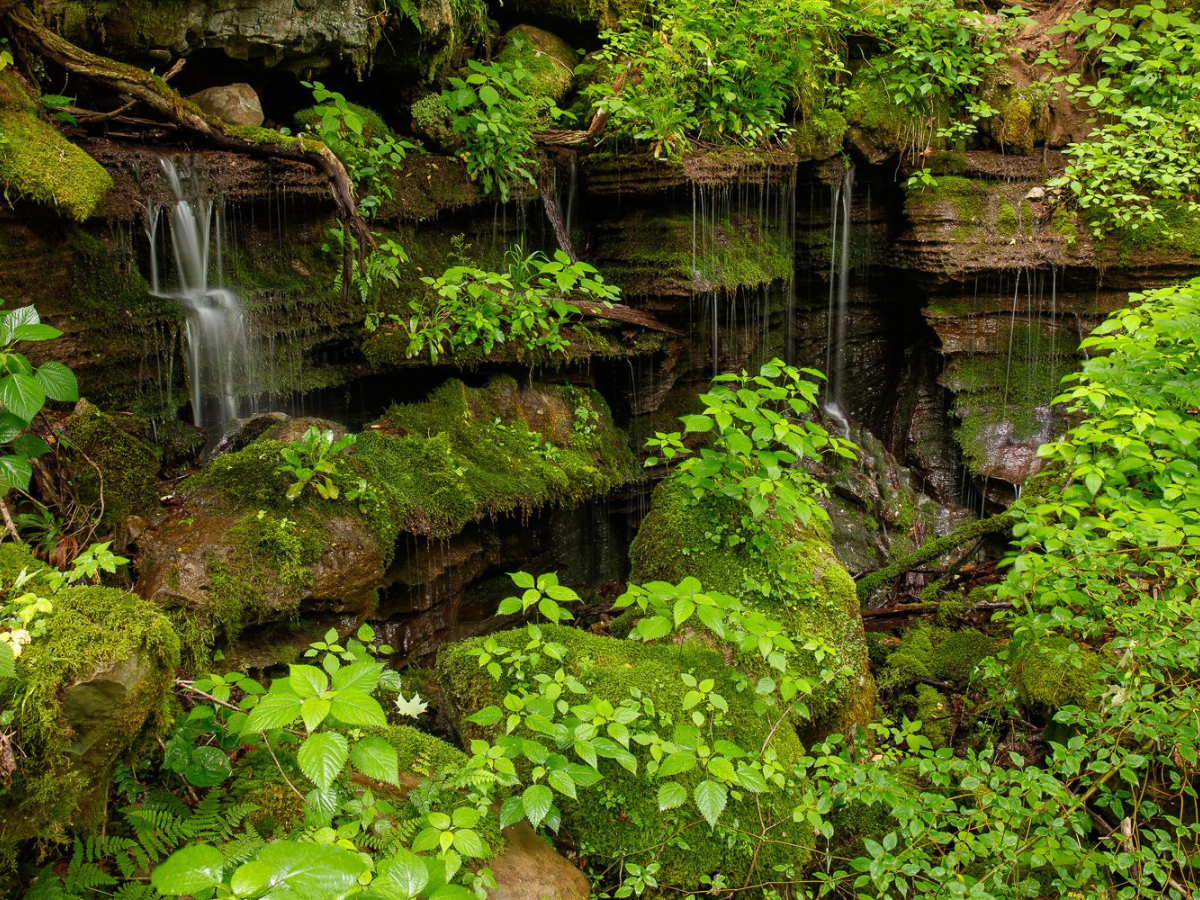 Ever since the advent of photography, photographers have been taking and sharing pictures of the astonishing beauty of our natural world. Early photographers of the American West, such as Willian Henry Jackson and Carleton Watkins, influenced the establishment of our first national parks, and 20th century photographers like Ansel Adams helped make the protection of natural areas part of our national fabric.

But in the age of social media, pandemic-driven pilgrimages to the wilderness, and the ubiquity of affordable-yet-sophisticated cameras that put the ability to make fine images in nearly everyone’s hands, nature photographers face new ethical considerations about how to obtain, share, and promote their images. These factors combine to make the use of photography as a tool of conservation—and not exploitation—more important than ever.

Erik Stensland is a prominent Colorado-based photographer specializing in the stunning vistas of Rocky Mountain National Park. A few years ago, he ventured out to one of his favorite spots, a remote location he knew would have an awesome display of flowers against a mountainous backdrop. But when he got there, he was stunned, albeit in an unexpected way. “There were no flowers,” he recounted. “Everything had been trampled.”

Reflecting on what had happened, Stensland realized that he himself had contributed to the area’s degradation. He had photographed it many times, published his images, and described the location in various media postings. Not surprisingly, other photographers and members of the public were eager to experience the scene and photograph it for their own portfolios. While attempting to share the majesty of a special place, he had inadvertently introduced it to herds of others who would eventually overwhelm it.

Stensland’s experience was the genesis of Nature First, a grassroots movement of photographers committed to practicing their craft in a way that avoids contributing to the degradation of natural areas while actively supporting preservation of the environment. Nature First has grown from a small group of photographers into a volunteer-based nonprofit organization with 4,700 current members throughout the U.S. and 70 countries.

Stensland joined with other photographers who shared observations and experiences about how photography, sometimes their own, had contributed to the spoiling of natural areas. Convinced that nature photography could be compatible with a light touch on the environment they consulted with the National Park Service and other land management agencies about how the physical and cultural impacts of photography could be reduced.

Out of the discussion evolved the Nature First Principles, a framework for applying key considerations to various aspects of nature photography. Similar in concept to the seven principles of Leave No Trace, these core concepts are meant to guide responsible photographers toward developing sustainable, low-impact practices that will help preserve the natural world and avoid actions that could lead to further restrictions on photography. They can be applied by professional photographers, avid amateurs, and even casual vacationers sporting a smartphone. Their scope is not limited to any geographic area and they are just as useful in deserts, mountains, aquatic environments, and the rugged hills of the Alleghenies.

Prioritize the well-being of nature over photography

Our goal to use nature to express our artistic vision is a privilege, not a right. “Getting the shot” should never have priority over respecting the integrity and preservation of natural features and ecosystems that sustain them. The very reason we are nature photographers is to support nature. Everything we do should be consistent with that, and nothing in the process should contribute, even indirectly, to harm of the natural world. This is the core concept on which the subsequent principles are built.

Educate yourself about the places you photograph

Being aware of the characteristics and processes at work in the places you visit not only helps protect them, but informs your photography as well. Some areas are more sensitive than others and may require special considerations; other areas may require complete absence of human visitation during certain periods such as nesting seasons, flower blooms, or specific weather conditions. Designated wilderness areas have a special need for care and sensitivity to preserve the natural environment with minimal evidence of human presence. Knowledge about your environment is essential to both stewardship and photographic communication.

Reflect on the possible impact of your actions

While trampling sensitive plants has an immediate impact, not all consequences of your actions are as obvious but can still be harmful. Keep in mind that your pictures will influence others—both photographers who may want to replicate your image and others who just want to visit the location. Your actions by themselves may be innocuous, but the cumulative effects of others doing the same may add up to real harm. Keep that in mind when setting up or posting a photograph. Also note that not all impacts are physical. Actions such as flying a drone, blocking trails, creating noise, or light painting may negatively affect the experience of other visitors, and can even influence the behavior of wildlife. Thinking through the potential outcomes of your actions, including those resulting from a chain of events, is one of the keys to photographic stewardship.

Use discretion if sharing locations

In the age of social media and instant sharing, consider how and when to post or publish images and their locations. Your pictures of a new and photogenic place could spread rapidly. Once a location is revealed, it may be overwhelmed with visitation beyond its ability to withstand and recover. Your visit may have had little impact, but that of many visitors (not all of them as careful as you) may be catastrophic. Consider not disclosing the location of sensitive areas, or giving only general geographic reference, unless the area is already well-known and unlikely to be impacted. Be mindful of seasonal effects, such as flower blooms or fall color, and consider a strategic delay in posting your image to avoid fueling a trend-driven rush.

We have all experienced the certainty that the perfect composition is on the other side of that fence, or just beyond that “Restoration Area” sign. It’s tempting to break the rules just a little, with the rationalization that it’s just one time, and the perfect picture will advance appreciation of the natural area. But the reality is you probably aren’t the only one, and doing so leads other photographers to assume this is normal and accepted with consequential cumulative impact. This is particularly true for federally designated wilderness areas, which are set aside to allow natural processes to carry forward with as little evidence of human presence as possible, and to be enjoyed as wilderness by visitors seeking immersion and solitude. The original legislation and supporting regulations for wilderness prohibit mechanical equipment and motorized transportation, including the operation of drones. As enticing as it may be to get a never-before-seen perspective on a wilderness, drones are inherently incompatible with wilderness, affect the experience of both other visitors and the natural residents, and cannot be legally operated within wilderness boundaries.

Just like all visitors to natural places, photographers should know and apply the seven principles of Leave No Trace. Prepare for your visit so that your own safety, as well as the integrity of the environment, is not compromised. Travel lightly, on durable surfaces where possible, and avoid expanding already-disturbed areas. Avoid manicuring the site by removing branches or moving rocks. Respect the habitat of the resident plants and animals, even the ones you can’t see, and be mindful of the reaction of animals to your presence when photographing them. Camp with as little impact as possible, foregoing a fire or burning only small-diameter, dead and down wood. Don’t disturb rocks to make rock stacks or camp furniture—many critters live under them. Respect the privacy of other visitors, and don’t impact their experience of the outdoors, or that of the animals that live there. Collect only photos, but consider going a step further by packing out litter or debris left by others.

Actively promote and educate others about these principles

Nature photographers have a unique opportunity to support the beautiful places they love. Their images can help build appreciation of special places and enhance support for preserving them. Their messaging can help educate the general public about sustainable visitation considerations for natural areas. And more directly, photographers can promote Nature First Principles to other photographers.

Historically, West Virginia’s landscapes have been exploited for their natural resources to the detriment of the original inhabitants, natural features, and ecological processes that make them unique. We are on the cusp of a new economic model, one which leverages our natural resources to attract visitors and their economic activity, but also supports the natural environment in a more sustainable manner.

Photographers can play an active role in sustainable tourism throughout West Virginia. We can make sure our own practices don’t contribute to the degradation of the natural environment, and share our images in a way that doesn’t lead to sensitive locations being overrun. And we can follow in the footsteps of our predecessors, using our photography to spread the word about the importance of preserving our natural areas.  You can start by visiting the Nature First website, reviewing the principles in more detail, and becoming a member by affirming your commitment to them.

Note: This article originally appeared in the Fall 2022 issue of Highland Outdoors magazine.