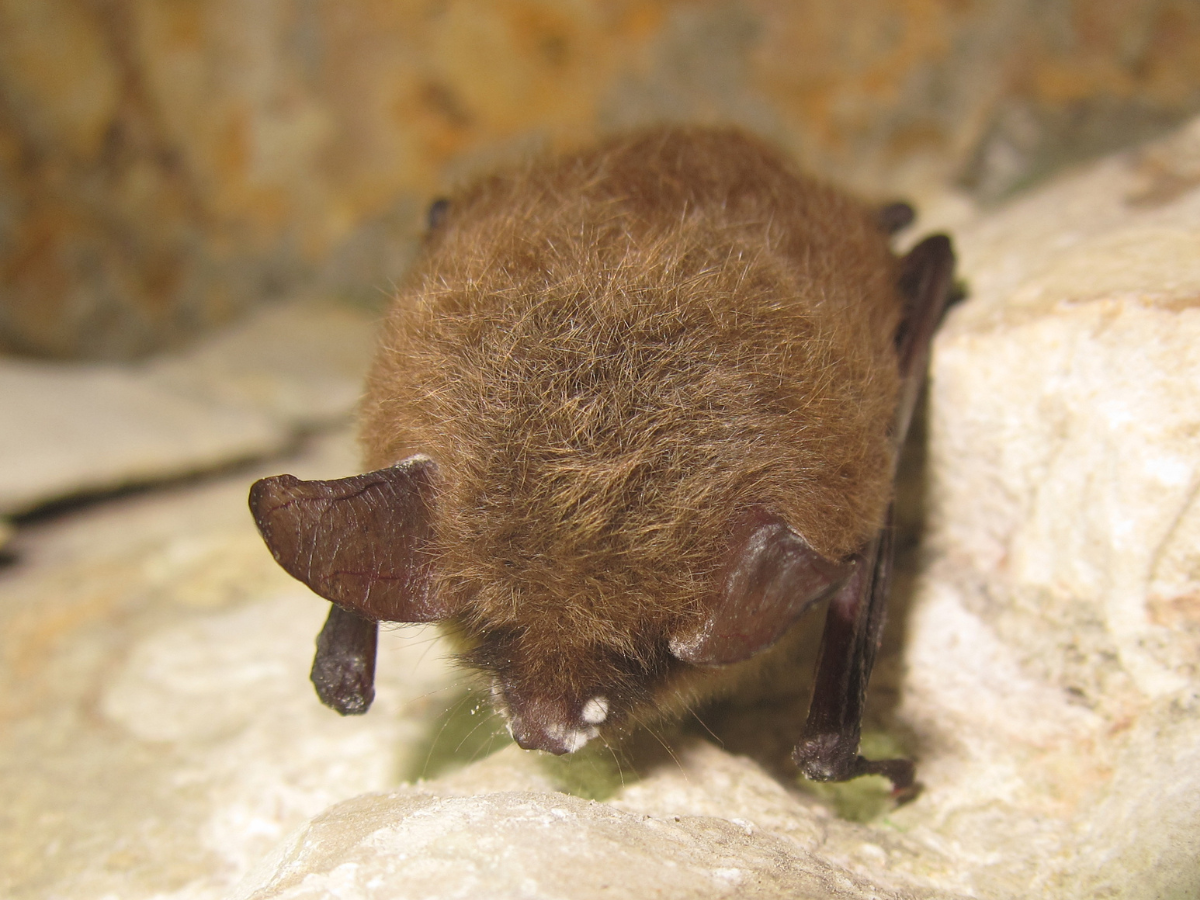 (Photo by Steve Taylor/University of Illinois)

WASHINGTON — On Nov. 29, 2022, the U.S. Fish and Wildlife Service announced a final rule to reclassify the northern long-eared bat as endangered under the Endangered Species Act (ESA). The bat, listed as threatened in 2015, now faces extinction due to the rangewide impacts of white-nose syndrome, a deadly disease affecting hibernating bats across North America. The rule takes effect on January 30, 2023.

The growing extinction crisis highlights the importance of the ESA and efforts to conserve species before declines become irreversible.

“This listing is an alarm bell and a call to action,” said U.S. Fish and Wildlife Service Director Martha Williams. “White-nose syndrome is decimating cave-dwelling bat species like the northern long-eared bat at unprecedented rates. The Service is deeply committed to working with partners on a balanced approach that reduces the impacts of disease and protects the survivors to recover northern long-eared bat populations.”

Bats are critical to healthy, functioning natural areas and contribute at least $3 billion annually to the U.S. agriculture economy through pest control and pollination. The northern long-eared bat is found in 37 states in the eastern and north central United States, the District of Columbia, and all Canadian provinces from the Atlantic Coast west to the southern Northwest Territories and eastern British Columbia. These bats mostly spend the winter hibernating in caves and abandoned mines. During summer, northern long-eared bats roost alone or in small colonies underneath bark or in cavities or crevices of both live and dead trees. They emerge at dusk to fly primarily through the understory of forested areas, feeding on insects.

White-nose syndrome, the disease driving their decline, is caused by the growth of a fungus that sometimes looks like white fuzz on bats’ muzzles and wings. The fungus thrives in cold, dark, damp places and infects bats during hibernation. Impacted bats wake up more frequently, which often results in dehydration and starvation before spring arrives. Bats are the only species of wildlife known to be affected by white-nose syndrome, which has been confirmed in 38 states and eight Canadian provinces.

White-nose syndrome has spread across nearly 80% of the species’ entire range and is expected to affect 100% of the species’ range by the end of the decade. The change in the species’ status comes after an in-depth review found that the northern long-eared bat continues to decline and now meets the definition of an endangered species under the ESA. Data indicate white-nose syndrome has caused estimated declines of 97 to 100% in affected northern long-eared bat populations.

The change in status from threatened to endangered, when final, will nullify the prior 4(d) rule that tailored protections for the species when it was listed as threatened. The Service recognizes that the change to endangered status may prompt questions about establishing ESA compliance for forestry, wind energy, infrastructure and other projects in the range of the northern long-eared bat. We are committed to working proactively with stakeholders to conserve remaining northern long-eared bats while reducing impacts to landowners.

Read the full press release from the U.S. Fish and Wildlife service.